The Kirtipur Suite - Will Goble and Michael Kocour 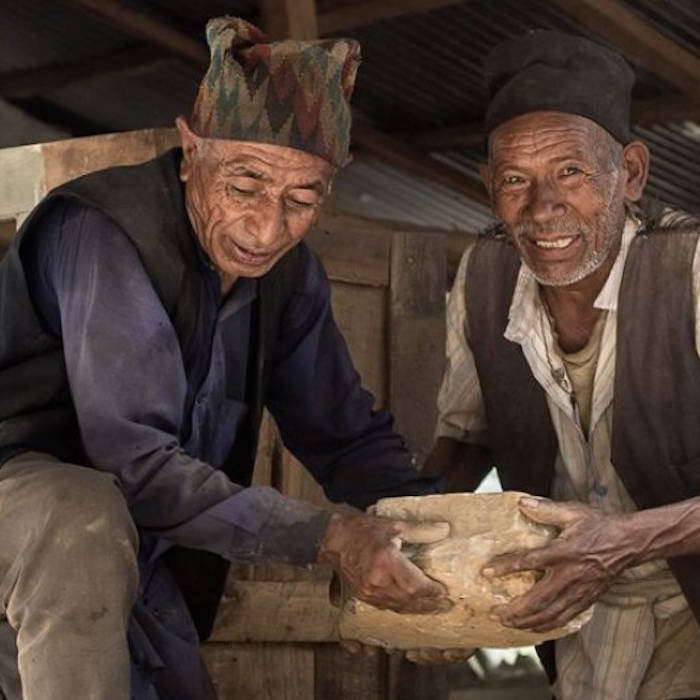 My wonderful wife, Ashley Hagaman, is conducting her PhD research in Nepal. She was in country during the bulk of the earthquakes and aftershocks. Her very good friend, Uden Maharjan, hails from the village of Kirtipur, a home to the indigenous Newar community in Kathmandu. The small city is known for its beautiful historic buildings and temples, almost all of which are now gayo (gone). Uden and the Kirtipur Reconstruction Committee (a locally driven initiative) are beginning to rebuild their neighborhood. By downloading and donating through this website, you will be sending direct contributions to the rebuilding of Kirtipur homes. One home costs about $1500 USD to rebuild.

I wrote the music you'll find here in this mini album shortly following the Nepal earthquake and it's many serious aftershocks during April/May 2015. We recorded with just a few microphones, some simple engineering and mixing, no edits, a few takes of each track, and little else (of course, NO dreaded bass direct). The first song of the suite, "Hold Tight" musically introduces the setting, the earthquake, and the tenuous sense of "calm," found both before and after such an event. "Uncertainty" primarily aims to capture the feeling (not from experience) of the very ground beneath us moving and the ongoing sense of fear and wariness that comes from this unpredictable phenomenon and it's accompanying consequences. "Hopefully" is written for the resiliency of the people in Nepal and an international effort to help, rebuild, and cultivate. Finally, "Play The Blues And Smile Too" provides an admittedly American response to such terrifying circumstances with a sense of optimism, and again, hope: by playing the blues...

IMPORTANT: While Ashley's GoFundMe campaign is still active, these songs are available to download for a "choose what you pay" option. You can send a donation that way through bandcamp, or even better, simply visit the gofundme page, make a contribution, then download the songs. Send me a note via email, bandcamp, or social media if you choose this option. Ashley's campaign is here: gofundme.com/vx8gyw

After the campaign goes offline, this album will be available here for a small fee. Either way, ALL proceeds go to the Kirtipur Reconstruction Committee through Ashley and Uden. Please email me at willgoblemusic _at_ gmail_dot_com with any questions about the stewardship of funds.

Bandcamp Daily  your guide to the world of Bandcamp